At the end of September, Senator Mullen delivered a paper on Joseph Mary Plunkett to the students and staff of Stonyhurst College in England. Founded in 1593, Stonyhurst is a Jesuit public school in Lancashire, whose alumni include a signatory of the American Declaration of Independence and three canonised saints. 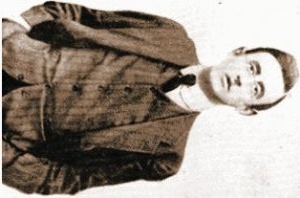 Joesph Mary Plunkett was a signatory of the 1916 Proclamation and one of the key leaders of the Easter Rising. He is probably best known for tragically marrying his finacée, Grace Gifford, in Kilmainham Gaol on the eve of his execution in May 1916.

Besides his participation in the Rising, he was also a prolific poet and diarist, and a former student of Stonyhurst.

The speech is available here: