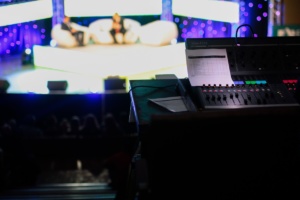 Seanad comments of Rónán Mullen on the passing of Gay Byrne

There is also gratitude because Gay Byrne and his team did so much to entertain, inform and educate the nation.

Gay Byrne was a brilliant broadcaster and communicator at a time when, all over the western world, what was previously private was rapidly being made public. He exemplified and symbolised that new public expression.

He and his team did shine a light into dark corners of a society at a time when others found that threatening. But we must never forget that the same dark corners existed in every society, and that we still have dark corners in our society today. And, indeed, the nostalgia that people feel today reflects the fact that the Ireland that Gay Byrne explored, and reflected back to itself, was mostly a happy one.

In fact, I would like RTÉ to consider a systematic, unedited reshowing of the extensive series of Late Late Shows. It would make for interesting and valuable social history.

The work others did with the material that Gay and his team brought to light reflected various agendas – some good, some bad. Some of that work ended injustices. Some of it sadly contributed to the dark corners that exist in our society today.

That is often the case with the legacy of great figures.

Today we pay our respects to a consummate professional, to the most effective broadcaster of his generation, to someone who impacted all our lives and created so many lasting memories.

Ar dheis Dé go raibh sé. And to his family our deep sympathy.