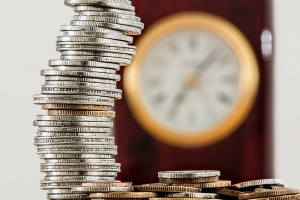 Independent NUI Senator Rónán Mullen said today that he will introduce legislation this autumn to end the payment of excessive salaries to broadcasters in public service organisations by linking the pay of broadcasters, producers and researchers to public service pay scales.

Senator Mullen said he has sent a detailed brief to the Office of Parliamentary Legal Advisers to scope out the constitutional, policy and legislative dimensions of his proposal ahead of its introduction in the Seanad.

“This proposal comes amidst dire warnings from RTÉ about its precarious financial situation, the Government’s plan to introduce a ‘device independent broadcasting charge’ and ongoing public concern about the payment of excessive salaries to celebrity broadcasters and others,” Senator Mullen said.

“It has never been established that particular individuals provide such indispensable service to the nation that fees of €300k or €400k are unavoidable. A cap on salaries in RTÉ would lead to better value for private as well as public sector broadcasters by preventing taxpayer-funded pay and advertising cost inflation. This move will not necessarily threaten the quality of RTÉ’s service or diminish its pool of ‘talent’.

“It does not ever seem to occur to RTÉ bosses or Government policymakers that fame on the airwaves already brings the advantage of being able to charge large speaking or corporate appearance fees on top of salaries,” Senator Mullen added.

“I will be looking at the role of the independent Public Service Pay Commission established in 2016 and whether my proposed legislation needs to specifically entrust to its remit the determination of salaries for public service broadcasters.”

“I expect to receive cross-party support for this proposal. No person, regardless of how famous, should be paid massive fees for a public broadcasting role,” Senator Mullen concluded.