10.07.2020: Ireland’s diminishing status in the fight against Human Trafficking is an alarming development – Mullen 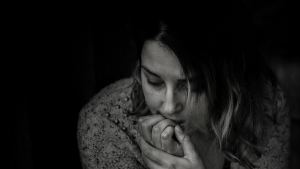 Senator Rónán Mullen has described the downgrading of Ireland’s ranking in the fight against human trafficking by the US State Department as a sobering and clear-sighted assessment of the systemic challenges that we must work urgently to address.

The State Department’s annual Trafficking in Persons Report is considered the international Gold Standard when it comes to evaluating how well countries are faring in the prevention and deterrence of modern-day slavery and the trafficking of human beings. Senator Mullen said:

“Human trafficking is a practice affecting 40 million people globally, generating annual profits of at least $32 billion according to The International Labour Organisation.

“It is a tragedy of brutalising and epidemic proportions that can only be tackled effectively through the adoption and implementation of the highest standards.

“That is why it is so alarming to see Ireland’s efforts to eliminate this evil being assessed as having reached a new low.

“From 2013 to 2017 we were among the Tier 1 countries whose governments fully met minimum standards for the elimination of trafficking.

“That ranking then dropped to Tier 2 in both 2018 and 2019. This meant that while our government’s actions did not fully meet the minimum standards it was making significant efforts to rectify this.

“Unfortunately, however, we have slipped even further down the ranking in 2020 and now find ourselves in the Tier 2 Watch List category along with states like Saudi Arabia, the Democratic Republic of the Congo and Kazakhstan.

“One of my major concerns is that our level of ambition on paper is not being matched with equivalent levels of positive outcomes or resources.

“The Report itself notes that our government continues to have systematic deficiencies in victim identification, referral, and assistance.

“We have had no convictions for human trafficking since 2013.

“The Report also makes clear that the absence of specialised judges or courts in this jurisdiction to hear trafficking cases, and the lack of judicial training here are major problems that must be addressed.

“These failings lead to further victimisation of trafficked persons whose crimes, the Report finds, are often committed as a direct result of being subjected to trafficking in the first instance.

“We must act to reverse the decline in our performance since 2017. Otherwise there will be more victims of this barbaric crime and our country’s reputation will suffer,” concluded Senator Mullen.